When it comes to looking your best at all times, there’s one thing which ultimately gets most of our attention…our hair! Regardless of the style of the moment, many of us men have our favoured, long-standing styles which we spend what often seems life an eternity perfecting, however one thing is for sure and that is the fact that we couldn’t do it without the help of our trusted hair styling products. We all have our favourites, be that wax, gel, pomade or something else, however have you ever stopped to think why you use what you do?

I’m responsible for running Comb and Blade and on an almost daily basis, we see a lot of confusion surrounding wax and pomade. What is the difference, we’re often asked and even when we launch into an in-depth comparison of the two products, there’s still regularly questions which follow. As such, I wanted to try and get this comparison out to the masses to try and end the confusion as to the difference between wax and pomade once and for all. Thankfully, Male Standard have been kind enough to give me the opportunity to do so to you guys, their readers and below, I’ll outline each product individually before giving a summary as to the overall difference and which works best! 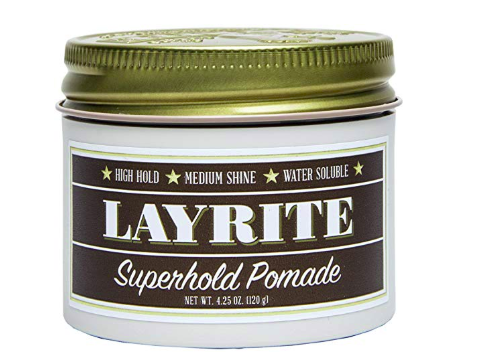 Pomade is traditionally a petroleum-based product which provides an excellent level of hold and a fantastic shine and offers the ability to comb and reshape throughout the day. In general, it doesn’t easily wash out and, for this reason, is usually left in the hair, meaning it’s often the favoured product of those who are wanting a traditional slick back look. More recently, however, we’ve seen the development of water-soluble pomades which offer the same, strong level of hold and slicked back look whilst being able to wash the product out easily with water. Unfortunately, the downside to water-based pomades is that they don’t offer the same great shine as petroleum-based products do and will harden to a stiff finish throughout the day.

Pomade is favoured by many men simply for its unrivaled shine and luster. There are simply no other products on the market which can give your hair a shine like pomade can and because of that, it remains so popular. In terms of the most popular pomades on the market at the moment? There’s great products available from the likes of Admiral Supply Co, Suavecito, Layrite, Reuzel, Lucky 13 and Uppercut Deluxe at the moment, however whichever product you choose, it’s most likely the only way to get the look you’re going for!

Whilst, as already mentioned, commonly used by those wanting a slicked back style, pomade is also great for those sporting a quiff, pompadour or ducktail and, as far as I’m concerned, is the most versatile hair styling product available. 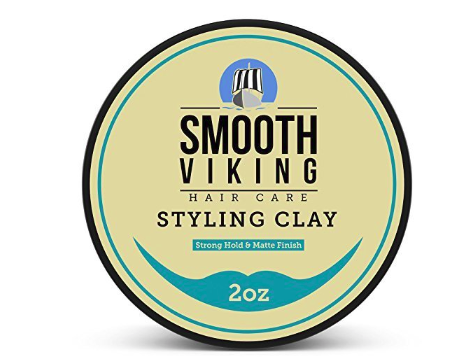 Smooth Viking is the best selling product around, we highly recommend it to our readers.

Many people get wax and pomade mixed up and, quite frankly, it’s not surprising! There are many similarities between the two products, however the bottom line is that wax will never give your hair the same shine as pomade will. In a number of products on the market, especially those heavier pomades, beeswax is used as one of the ingredients. This, of course, means there’s an even finer line between wax and pomade and really does leave many to question what the difference really is.

Wax will generally have a thicker consistency than pomade, but still doesn’t stiffen in the same way as products such as gel will do. This makes it great for those wanting a messy, dry look alongside a strong hold. As a matter of fact, wax is great for everything from spikes to a well-groomed look which has resulted in it becoming such a popular product in recent years.

What adds to the confusion with wax is that it’s become known under so many different names, often making the decision as to the most suitable hair products even harder than it already is! Clay, gum, putty; they’re all variations on wax and generally allow you to achieve the same look as you would with any of the others.

Is There Really Much Of A Difference?

When we look at wax and pomade in this way, it’s clear why so many are confused as to the difference. With some pomades now containing beeswax, the real question which must be asked is whether or not there really is a difference but, at least to me, it’s safe to say there is.

Whilst both wax and pomade are very versatile hair products which allow you to achieve a great hold and restyle throughout the day as required, there’s one very clear difference between the two. Wax will never give you the same shine and luster as pomade will and it’s for this very reason that many men opt for the latter every single time. If you’re going for that well-groomed, sophisticated look, pomade should be your choice and if you’re using wax to achieve the same effect, make the change. I can assure you that you’ll never look back!