What are Oxford shoes?

We all have probably owned an Oxford shoe in our lives. They are renowned for being the smart leather lace-up shoe, which are practical, sturdy and certainly never run out of fashion. The Oxford shoe is the classic look that we would pick to wear for a formal occasion, business attire or even black-tie events and are made to be comfortable enough to wear all day.

What is the difference between an Oxford and a Derby Shoe? 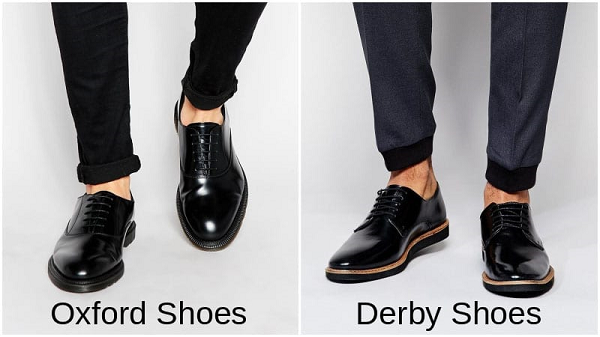 There are many smart footwear choices today, but how do we identify what is an Oxford shoe? Well the answer is there are three main distinguished characteristics; the laces, low heal and the open and exposed ankle. The Oxford shoe sits just under your ankle and the lacing design is stitched in a closed lacing system and starts at the bottom of the shoe, giving it a sleek appearance.

The Derby shoe, is another alternative for formal, however, it is often seen the less casual shoe in comparison to the Oxford. The Derby shoe is different to the Oxford shoe due to its open lacing system, allowing the shoe to be less restrictive and more room for movement. Although some people may where a Derby shoe for a formal occasion, it is often seen as being a ‘fashion faux par’ due to its casual appearance, and is best suited for a smart-casual attire event.

The Oxford shoe only has one way to have the laces. As they are a formal sophisticated shoe, it is often seen that they should be kept in a straight lace to produce a clean look and should never bee criss-crossed. The laces should be thin and should all be aligned neatly and make sure they are straight and parallel.

History of The Oxford shoe

It is unclear who invented the Oxford shoe as some say they were from Scotland or Ireland. One of the main theories of how the Oxford shoe came about was from Oxford University students. At the time, students were wearing knee-high heeled boots. However, it appeared that the students were unhappy with the traditional boot and wanted to create a shoe that could replace this, for a more comfortable shoe. Like all fashion, the design of the shoe changed over the years from having slits at the side to side laces which eventually moved to the front and lowering the heal of the shoe to make it more comfortable and durable.

Over the years, there has been new designs of the Oxford shoe; saddle, wing-tip, cap-toe, whole cut and the plain shoe. Each one has different characteristic which make the design of the shoe completely different from the others.

One of the simplest but yet one of the most stylish Oxford shoe is the plain-toe shoe. The shoe is a simple leather that has little detail and is one of the cleanest looks and yet it is one of the most formal footwear options out there and is an ideal choice for a black tie event. 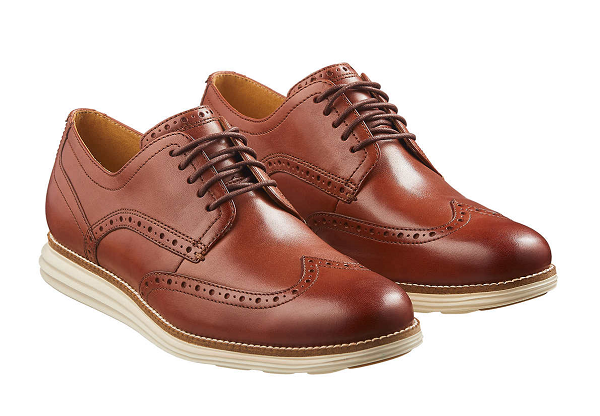 The wing-tip Oxford shoe is the style shoe that has a “M” shape design on the front of the shoe that runs down to the sides. This is often seen as being one of the less formal Oxford shoes, however, they are still a suitable option for business attire or weddings. You would normally see a wing-tip shoe in a dark brown and is perfect footwear option for the ‘smart-causal look’.

The cap-toe Oxford shoe is probably the most common Oxford shoe. The main difference between the cap-toe and plain toe is that there is stitching across the top of the shoe above the toes, thus making it less formal than the plain toe and not formal enough for black or white tie events. The most common colour is the black cap-toe shoe and is most common footwear that goes with business attire.

The saddle Oxford shoe, is an American style shoe that has no design on the front of the toes but does however, have an additional colour leather on the shoe in the centre (where the laces are) all the way down to the bottom of the shoe. The Saddle shoe often uses contrasting colours (black and brown) to make it a statement shoe.

The whole cut shoe is the perfect footwear for black and white tie events as it uses a single piece of leather, creating a sophisticated and sleek look. It is probably the most expensive Oxford shoe designs, due to using more leather and the skill needed to make the shoe. It comes in arrange of colours for all occasions, and is probably the most worn shoe for a wedding.

When to wear Oxford shoes

An Oxford shoe, should simply be worn for a formal event and worn with a suit. In the film Kingsman, Colin Firth’s character made a reference saying “Oxfords, not brogues”, implying that Oxford shoes, are gentlemanly, smart, clean and are the correct shoe to be worn with a suit. They are the perfect shoe for a groom, black or white tie event, work event or simply just want to look like a Kingsman or even James Bond.

Investing in a pair of Oxford Shoes

Oxford shoes are not cheap but that is because they are a luxury, elegant and intricate shoe. They are seen as an investment, as they can potentially last up to 10 years depending on how you maintain them and they never go out of fashion. You can wear them at any formal events, a quick polish and they can look brand new again. Be prepared to pay anything from £100 upwards for a decent quality Oxford shoe, but remember it is worth it.