With Kanye West’s recent album Yeezus leaking into the mainstream ahead of its official launch date, critics aren’t the only ones looking to West for answers. While a leaked album is always going to be a hot potato topic, Kanye is renowned for setting a new standard and wardrobe when pushing to the next level. What you might not realize is that while yes, all albums are marketed to some degree; it’s not always in the ways that you think.

Look at these revealing choices Kanye has made over the years, and we at Male Standard think you might be surprised to see there is more than meets the eye to this style icon!

Back in 2004, Kayne burst on to the scene with what would quickly become his first original and signature look. What you might not know is that even then, Kanye was switching things up, and his ‘Louis Vuitton Don’ approach to fashion made him an instant icon. From the launch of his career, fashion and men’s grooming have been at the forefront of this mind, and his two Holy Grail brands Ralph Lauren and Louis Vuitton remain as such to this day. 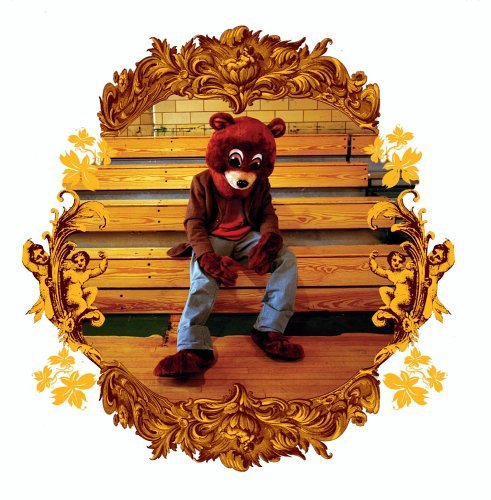 His enthusiasm for fashion was so significant that it influenced the front cover of his first album College Dropout, and features him dressed as a remarkably similar Ralph Lauren bear.

A new album signaled a new look for West, when he appeared on red carpets sporting new brand names. It was very much ‘out with the old.’ With the 2006 Grammys acknowledging his success, West took to the stage sporting a lilac satin three-piece tuxedo and sneakers, proving that this was a man who knows what he wants and would never stop short to get it. This was an exciting experimental time, and showed that fashion can be fun.

It was also the first time we began to wonder if music was Kanye West’s first love, or fashion, as his music showed incredible diversity after this colorful debut.

After playing out casual kicks and nightclub wear (remember those white neon shades from his Daft punk induced Era?), West kicked it up with 808 and showed us how he is not only a great rapper but also a prodigy in the world of fashion. Like anyone who has suffered from a broken heart, Kayne showed us how to ‘butterfly’ into something bigger and better. Sadly, this was also a time where he grew a mullet, showing that you can also ‘win some and you lose some.

In 2009, Kanye West took to the air and journeyed into celebration of his fourth album with an unofficial fashion show world tour, hitting up Milan, Paris, and London! 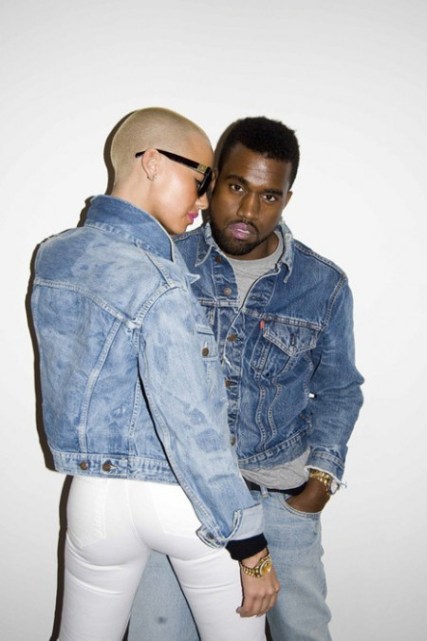 With his head in the fashion clouds, we soon saw Kanye move his heart to the love of a new woman, Miss Amber Rose. With this change of motivation, we saw Kayne buck the new album new fashion trend, and instead took on a new casual style that had the same spunky attitude as his best gal. During this time, Kayne was proud to work with his fashion icon Lois Vuitton, and moved away from his urban youth and into the elite world of YSL and beyond. 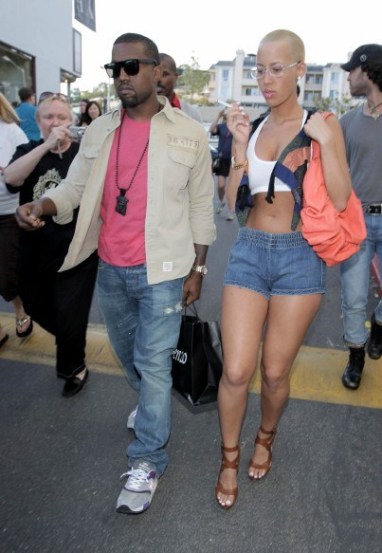 Throughout 2010, we saw tons of denim and whitewashing, which some argued was better left in the 80’s. The his and hers look would also see another revival after this stone cold breakup.

Not one to pass up the chance to make a scene, West took the NBA All Star Half-show Game with Rihanna sporting Air Jordan 6’s and a striking all red ensemble. This wardrobe choice saw Kayne move back to his causal roots, but without any of the normalcy you wouldn’t expect. If there is one thing West knows how to do, it’s put on a show. The red monochromatic look will be another of his lasting tributes to fashion. 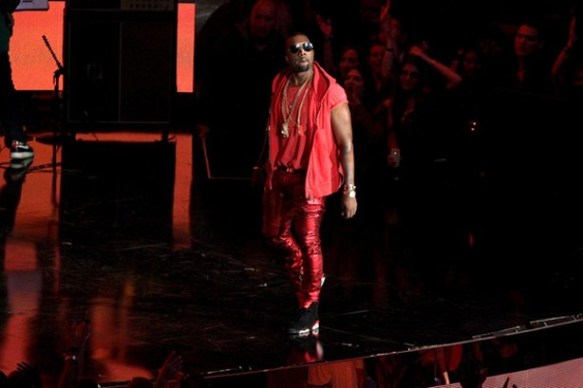 The lights reflecting back in his sunglasses that sets Kanye on a pedestal is no mere coincide but rather a signature look of how he presents himself.

Yeah, we’d be smiling too…

We see West continue with his sneaker obsession into his Watch the Throne Era, where he was sporting fresh new Nike Air Yeezy 2s. As anyone who went to the shows thereafter knows, this was his staple “work” uniform for the entire tour. 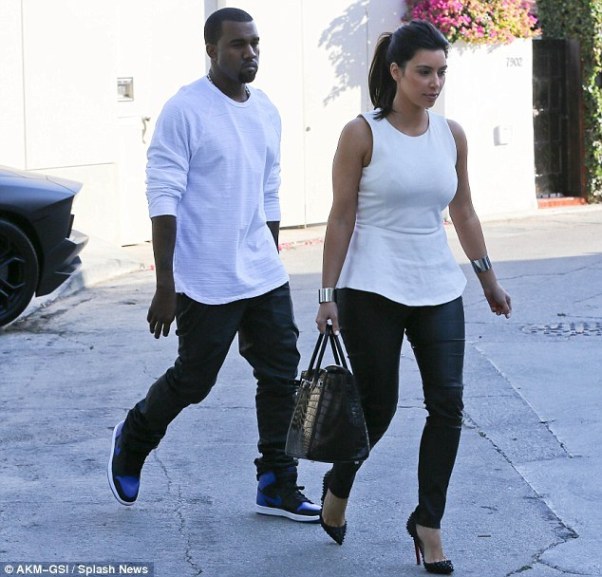 When new beau and recent baby Momma Kim Kardashian hit the scene, Kayne shared his heart and his love of fashion with his top women. We see Kayne introduce Kim to the world of luxury fashion and lifestyle choices, and tons of his and hers celebrity matching outfits. If it weren’t so cliché, it wouldn’t be Kanye. Kim was even matched with a pair of her very own Yeezy 2s for women as shown below. 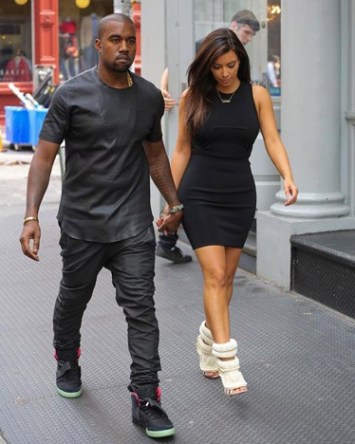 When not matching, opposite color schemes have taken West and Kardashian from the streets to the Red Carpet shamelessly.

With a new album, lady, and baby, we were wondering what this year has in store for Kayne in terms of fashion and men’s grooming. We’d say his best so far!

The day of the Yeezus album leak, Kanye was dressed to impress, and highlighting his unique blend of his years of music and fashion success combined. One thing about fashion and fame is that Kanye knows you will make mistakes, but knowing what works for you is what makes this journey so deeply rewarding. As Kayne matures, so has his confidence and sense of style. We are looking at 2013 as a year for suits, ties and sneakers, a stellar power-combo!

The beard is neatly trimmed, the hair short, and overall a professional yet pleasing look you could actually conceive of wearing yourself, bravo!

His choice of simplicity over daring makes this a classic style that is easy to turn into your own without overkilling it. Sticking to black, white, red, and grey clothing and men’s accessories is a great style choice that will bring you into 2014 with some great fashion moments. The additions of gold jewelry mark the ‘Return of the Mack’ and his oversized sunglasses are bang on trend for summer (Read more here).

What Do You Think? Leave A Comment Below And Let Us Know If Kanye West Or His Fashion Choices Have Ever Inspired You!