With Halloween just around the corner, Laphroaig Scotch is getting in the spirit with a brand new addition to the popular #OpinionsWelcome campaign. Featuring candid, real-life opinions of Laphroaig, the latest video asks Halloween party-goers a question many a Laphroaig fan has likely asked in their lifetime: is it a trick, or a treat?

The video offers humorous and 100 percent unscripted opinions on the most richly flavored of Scotch Whiskies, all with the spooktacular feel of Halloween. Reactions ranging from “dead leaves” to “it’s like you liquified an ash tray” and “I would literally bathe in this” show that there’s no one way to feel about Laphroaig, but, as one tester says, it gets “better and better with every sip.”

You can view the full video here: Laphroaig: Trick or Treat? 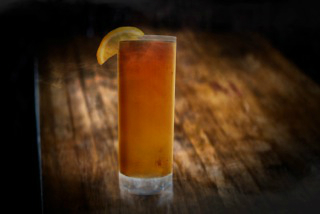 Build over ice in order. Garnish with a lemon wedge.