Domestic abuse is one of the many forms of violence that is common in our society. Both men and women can be victims of domestic violence. However, women are more susceptible to becoming victims of this form of abuse.

The concept of domestic violence is something we are all familiar with. If you have experienced domestic violence, here are 6 things you need to know to protect yourself or someone you care about.

1. Domestic Violence Can Occur In Many Forms

Domestic violence should not only be associated with physical abuse because it can occur in any form. The victims can face physical or sexual violence, along with psychological or emotional abuse. The offender might practice any other coercive tactics to gain power.

2. Domestic Violence Should Not Be Taken Lightly

A common mistake that most victims of domestic violence make is that they do not report the very first incident of abuse. Domestic violence is not something to be ignored, and the culprit must be reported to the authorities immediately. This type of violence starts subtly, but it can put your life at great risk.

3. Look For The Warning Signs

Domestic violence includes many warning signs that need to be brought to your attention. Threatening, yelling, frequent anger outbursts, domination, and deterring one from meeting friends and family are some common behaviors of the offenders of domestic violence. In an effort to control the victim, it becomes tough to see through this type of manipulation often disguised as the offender looking out for the victim. That is why it’s essential to spot these signs early.

The police should be informed about any domestic abuse incident. Most victims hesitate to contact the police because they fear the police won’t be able to do anything and the violence will increase. However, here in Colorado, these violations are taken very seriously. And as any restraining order lawyer in Colorado Springs will tell you, this should be your next step. The police can help domestic abuse victims by getting them in contact with the authorities and organizations that provide proper support to overcome the trauma and be safe.

5. The Victims Are Not To Be Blamed

6. Leaving The Relationship Can Be Difficult

The victims might find it difficult to leave the relationship, and it can be potentially harmful to them. They fear that it would put their lives at risk if they decide to leave. Another common reason the victims find it difficult is because they have become dependent on the offender. However, to avoid staying in life-threatening situations due to tough circumstances, there are shelters and organizations that can help victims become self-sufficient. 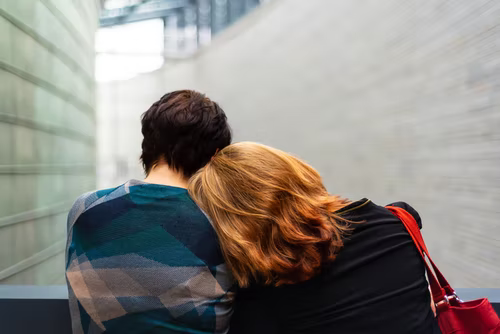 Domestic violence has been a part of our society for so many years and unfortunately, despite all the help and support now offered, we still have a long way to go to end the abuse completely. Our best defense is to report cases of abuse instead of remaining silent, and society must provide security and support when a victim comes forward.