This Saturday I managed to get an outdoor table for 8 at Felix in Soho with a guy I’ve been seeing and his friends.

Elated to emerge from my 4 month social purgatory, I wore an Eileen Fisher sundress. They were all wearing “Birddogs” workout shorts.

I know much has changed in the world, but I missed the memo that workout gear was now the clothing of choice to impress the opposite sex.

They told me they were gym shorts. I told them we were not in a gym.

He said they looked like khaki. I said he looked like a 5th grade science teacher on vacation. 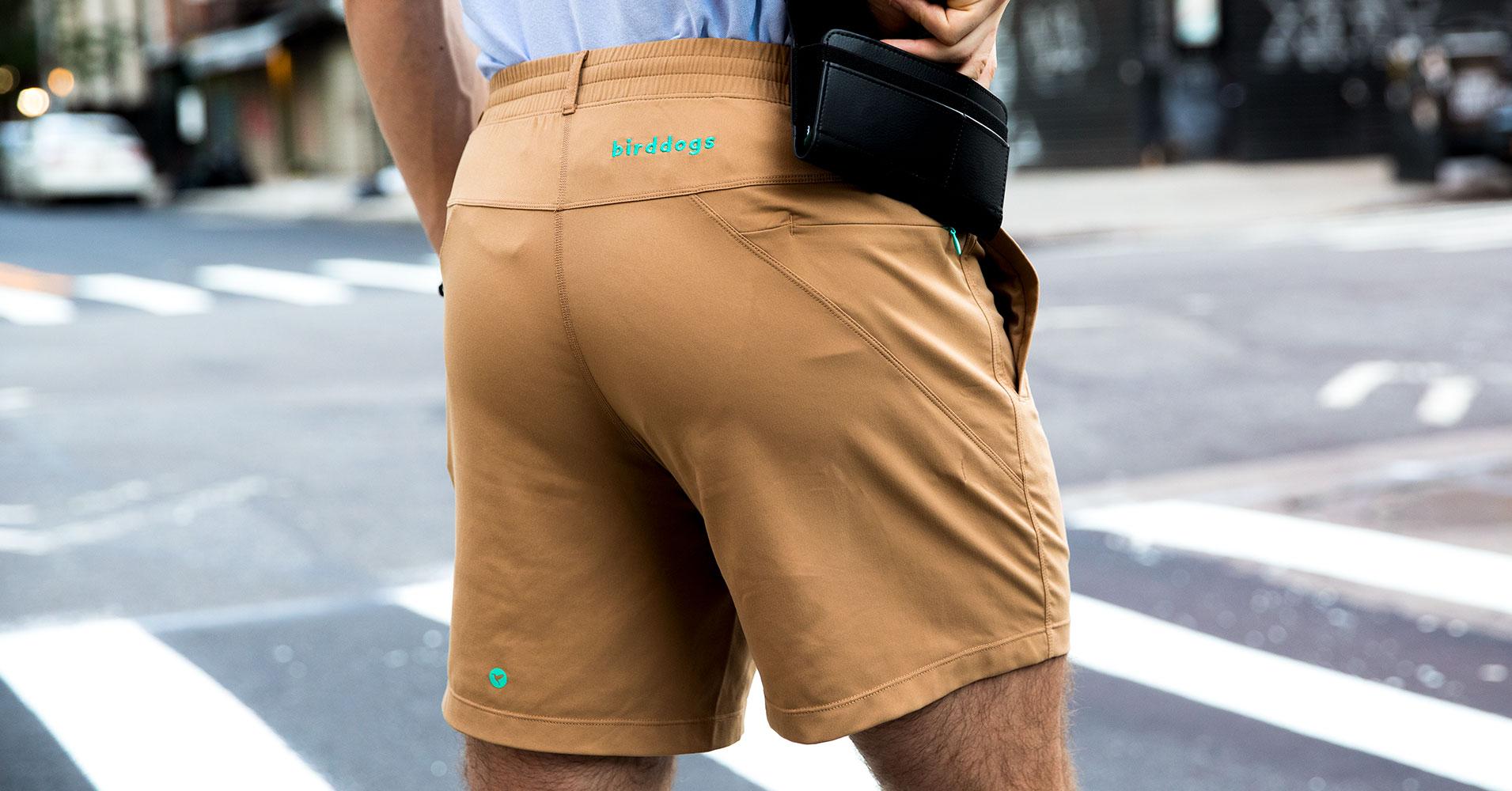 Eventually, the conversation moved from the state of their boy parts to what shape of pasta is best, but my interest in these shorts was piqued. So later that afternoon in my post brunch mimosa fog, I grabbed a pair of these wonder shorts from his hamper and gave them a whirl.

The holy angels he described earlier were in fact a pair of boxer briefs sewn into the waistband.

The materials were stretchy and soft and perhaps maintained at least a nod to what khaki could look like. They felt like I was wearing a pair of high end yoga pants.

I’m not thrilled that men in their 20’s put less effort into their wardrobe than I did to snag a tough reservation, but I guess if I could wear my favorite yoga pants and get away with it, I probably would.