Ahh the 90s. They were a simpler time when you could page your best friend on a lazy Friday jumping into your Honda CR-X, popping in a mix tape, and singing along to your favorite Pearl Jam song while heading to the nearest Blockbuster. The shelves were lined with row after row of There’s Something About Mary, The Matrix, and Cruel Intentions. It was a great decade for movies and every week it seemed there was a killer new movie out, with characters so badass we still quote them today. Here are some of the characters you secretly wanted to be:

Mel Gibson was in his prime when he played the Scottish warrior who led the Scots to their independence. He painted his face and rode into battle to avenge his wife’s death and free his people from tyranny shouting that line you’ll never forget, “They may take our lives, but they’ll never take… OUR FREEDOM!”

Johnny Depp lived in Hunter S. Thompson’s basement for four months to prepare for this role, and it’s one of his best. You didn’t want to live in his crazy bat-filled world forever, but for one glorious weekend in Vegas it would have been awesome.

Michael Keaton was arguably the best Batman ever. And although true comic aficionados scoffed at Tim Burton’s take on the franchise hero, the weird world of Burton also brought us Michelle Pfeiffer in a skintight leather Catwoman costume, so we weren’t complaining too much.

“Hey man, have you seen Dazed and Confused?” “No man.” “It’d be a lot cooler if you did!” It was Mathew McConaughey’s first movie and it birthed his notorious “All right, all right, all right!” quote which he pulled out this year as he won the Academy Award for best actor. From stoner to romantic lead to serious actor, this was the role that launched a career. 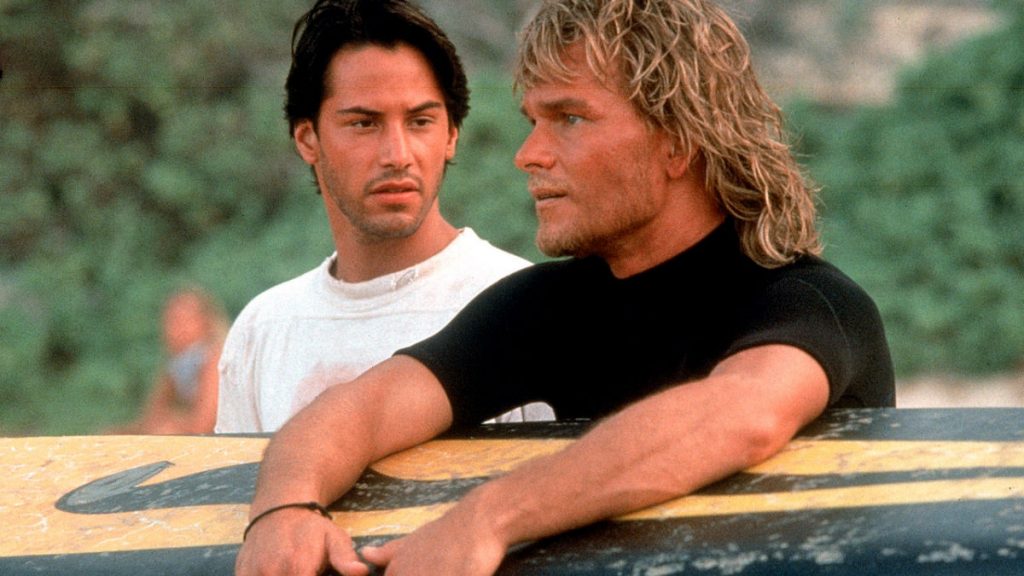 A golden haired surfer turned bank robber, Bodhi got to live the best of both worlds. He searched for the perfect wave and shared stories and women over bonfires, but also led a gang of masked ex-presidents to steal money from banks as rebellion against the system. It was the role Patrick Swayze was meant to play.

5. The Dude- The Big Lebowski

The man who inspired you to try your first White Russian, the Dude was cool beyond words. Even when he got dragged into a crazy world of kidnappings, extortions and embezzlement, he just kept calm and bowled on.

Even with a star-studded cast, Val Kilmer managed to steal every scene he was in with the best portrayal of Doc Holliday ever. The tubercular doctor knew he wasn’t going to live long, and he was determined to go down in a blaze of glory uttering unforgettable lines like, “I’m your Huckleberry.”

The jacket. The glasses. The monotone delivery that finally made sense! Keanu Reeves played the modern incarnation of Batman as Mr. Anderson, an ordinary guy who worked a respectable job during the day, but at night became a hacker known as Neo who had to save the world. And he got to use those sweet fighting moves.

You did not want to piss this man off, as his wallet says, he is one bad mother fucker. Samuel L. Jackson shone in Quentin Tarantino’s cult classic film as a cold-blooded killer who rocked those jheri curls while pointing guns at men and delivering lines like, “And you will know my name is the Lord when I lay my vengeance upon thee.”

Do I even need to say it? Fight Club was the best movie of the 90s, and Brad Pitt as Tyler Durden was the best character to come out of the entire decade. He rebels against society, he pee’s in soup, he steals left-over human fat from liposuction clinics to make soap, and he starts Project Mayhem. As he so succinctly said it himself, “All the ways you wish you could be, that’s me. I look like you wanna look, I fuck like you wanna fuck, I am smart, capable, and most importantly, I am free in all the ways that you are not.”